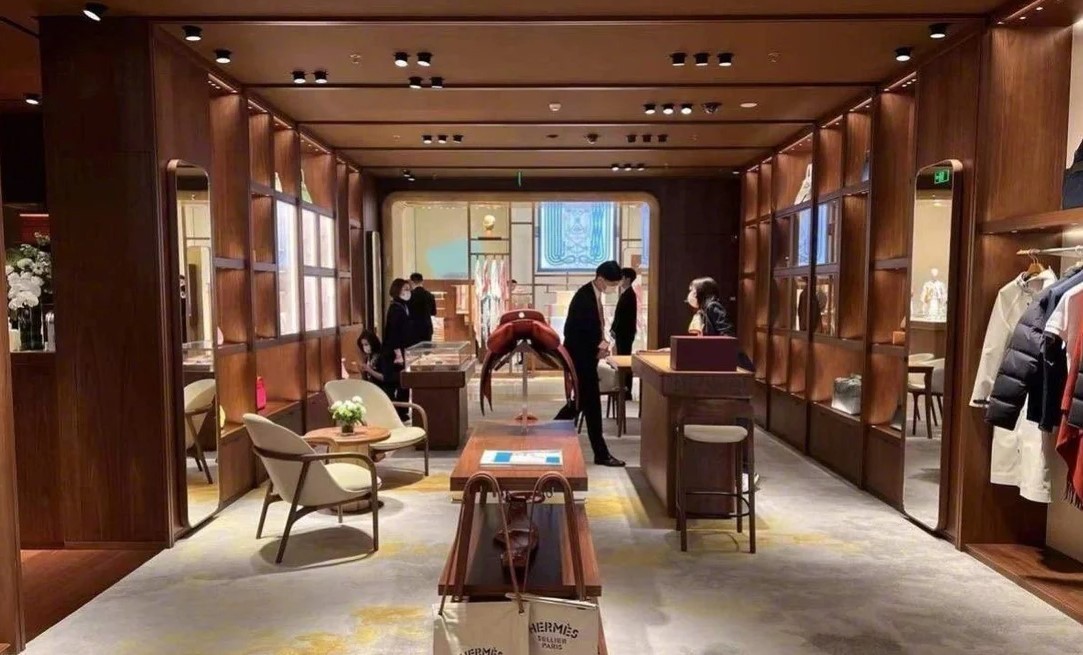 > Domestic purchases of luxury goods in 2021 in China was valued at US$74 billion, having totalled US$120 billion in 2019 for both domestic and international sales

A shopping frenzy that ensued at a newly opened luxury brand store earlier this week in Zhengzhou, the capital of the central Henan province, highlights the “huge consumption power” potential in China’s so-called lower-tier cities after two years of coronavirus restrictions.

The Hermes store is one of the first to open in Zhengzhou, much to the delight of the consumers in the city which was devastated by floods last year as they queued for upwards of four hours to get their hands on the designer products.

Images and recordings of the lively scenes were shared on Redbook, the Chinese Instagram-like blogging platform, with one caption reading “Covid hasn’t changed the lifestyle of the rich”, while one user commented: “Wow, Zhengzhou really has so many rich people?”

“People in cities like Zhengzhou, so-called lower-tier cities, are still very wealthy and they’ve not really spent that much in the last 18 or 24 months, so they have huge consumption power,” said Michael Cheng, consumer markets leader for Asia-Pacific at PwC based in Hong Kong.

“Demand for luxury goods is still very high and Chinese consumers will still play a very important role in the [luxury goods] market, even after travel restrictions ease.”

Luxury brands have increasingly turned to markets in China’s low-tier cities, where spending on designer goods has become just as prolific as wealthier cities like Beijing, Shanghai and Shenzhen.

Top-tier cities like Shanghai and Beijing, though, are already saturated with luxury stores and rent is exceptionally high, which Cheng said will drive brands to tap into markets in China’s smaller cities.

The coronavirus outbreak and related travel restrictions may have slowed how much Chinese consumers spend on luxury goods, but this has only stirred domestic consumption.

Zhengzhou is an “underserved market” which has seen very strong economic growth” with many wealthy residents, according to Amrita Banta, managing director at Agility Research & Strategy.

“[Luxury expenditure in China has been] driven by not only the inability to travel abroad (and the repatriation of many wealthy Chinese who lived abroad), but also the fact that China’s affluent and wealthy continued to do quite well financially, especially in terms of their investments.”

In 2019, Chinese shoppers spent around US$120 billion on designer items, which included both domestic and international consumption.

Buying overseas has trickled to near zero over the past two years, while domestic purchases of luxury goods in 2021 was valued at US$74 billion, according to global consultancy Bain & Company.

Additionally, despite the ongoing travel restrictions, consumers are buying foreign goods online and at duty-free stores.

Some consumers have turned to China’s southern island province of Hainan, where spending at its duty-free stores increased by over 80 per cent last year.

Earlier in January, Henan province began to combat the rising numbers of Omicron and Delta variant cases, which left more than 5 million people banned from leaving their homes.

But in the post-pandemic era, Chinese consumers’ enthusiasm for luxury goods has not diminished, highlighted by the interest in Hermes’ third store in mainland China.

To celebrate the opening of the store, Hermes released a collection of rare bags and jewellery, with some items valued at more than 2 million yuan (US$315,000).

Local media reported that on the first day, 18 sales staff were on duty but that it was still not enough to cope with the high demand.

By 6pm, the handbags and luggage area was almost out of stock, with only the display products remaining, while household goods, such as photo frames, paperweights and ashtrays, were also nearly sold out.

“Brands need to redouble efforts to both build close relationships and loyalty with their high-value customers, and recruit new customers to their brands with compelling collections and offerings,” added Banta.

“[Brands need to] keep up to speed with consumer needs and how they are changing. Brands must understand key trends and help them connect with the evolving consumer in China.”

This is not the first time Chinese buyers have responded enthusiastically to a new Hermes store.

In April 2020, the opening of Guangzhou’s flagship store is reported to have recorded sales that exceeded 19 million yuan (US$3 million), which is considered to be the highest single-store turnover for Hermes China.

“We anticipate this growth to continue, putting the country on track to become the world’s largest luxury goods market by 2025 – regardless of future international travel patterns,” said Bruno Lannes, partner at Bain & Company and co-author of the “China Luxury Report 2021”.