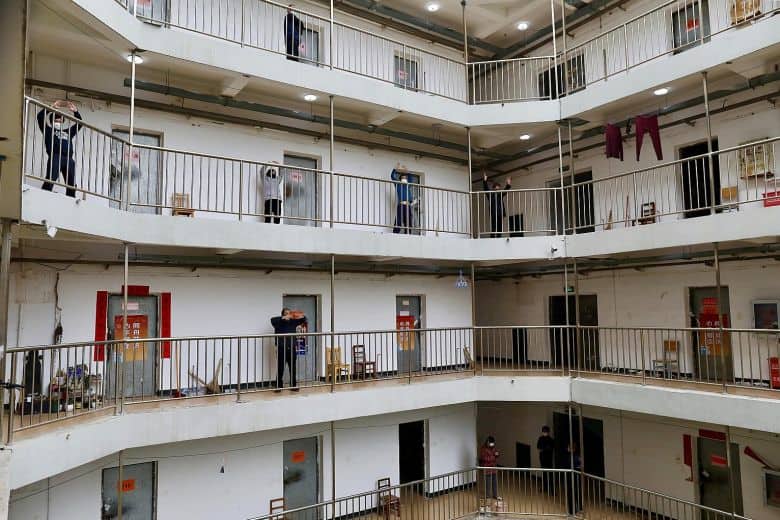 As it declares peak over in the country, China says others should learn from its efforts.

BEIJING • The global coronavirus pandemic could be over by June if countries mobilise to fight it, Beijing’s senior medical officer said yesterday, as China declared that the peak had passed in the country and new cases in Hubei fell to single digits for the first time.

About two-thirds of the global coronavirus cases have been recorded in China’s central Hubei province, where the virus first emerged last December. But in recent weeks, the vast majority of new cases have been outside China.

The Chinese authorities credit strict measures they have taken, including placing Hubei under near total lockdown, with preventing big outbreaks in other cities, and say that other countries should learn from their efforts.

While the virus is spreading quickly globally, its progress in China has slowed markedly in the past seven days. In all, 15 new cases were recorded in mainland China on Wednesday, down from 24 the day before. Seven of the new cases were outside Hubei, including six imported from abroad.

While only 85 of the cases in China have come from abroad, the rising number of such incidents has prompted the authorities to shift their focus on containing the risk of imported cases.

The total number of cases recorded in mainland China was 80,793. As of the end of Wednesday, the death toll there had reached 3,169, up by 11 from the previous day. Hubei accounted for 10 of the new deaths, including seven in Wuhan.

With the marked slowdown of the spread of the virus in China, more businesses have reopened, with the authorities cautiously easing strict containment measures.

Chinese shoppers are also slowly returning to glitzy malls and boutiques, where they have been driving growth of the global luxury industry.

The recovery could accelerate in the coming weeks, fuelled by so-called “revenge spending” sprees.

Ms Amrita Banta, managing director at Agility Research, used the term – previously coined to describe pent-up Chinese consumer demand that was unleashed in the 1980s after the chaos and poverty of the Cultural Revolution – to describe buying by luxury clients whose pockets are flush with cash after weeks of cancelled plans.

cover photo: Patients who have recovered from the coronavirus and been discharged from hospitals exercising at a quarantine centre in Wuhan, Hubei province, yesterday. China declared the peak of the outbreak had passed in the country as new cases in Hubei fell to single digits for the first time.PHOTO: REUTERS