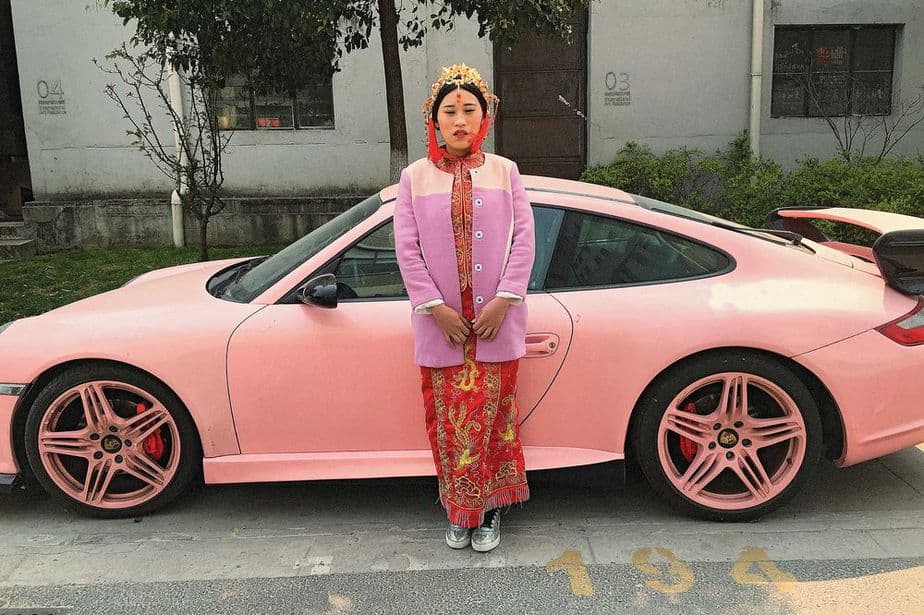 To ring in the Chinese New Year, Cathy Zhang is opening her wallet. A white-collar worker from eastern China’s Jiangsu province, the 33-year-old traveled to Hong Kong before the holiday. On a recent weekday afternoon, she navigated the crowds, looking for her favorite European luxury brands. Zhang spent HK$3,400 ($438) on a Gucci belt she plans to give her husband as a New Year’s gift. And she’s treating herself to a HK$10,500 Louis Vuitton handbag. “I give myself something special at the yearend,” she says.

As the Year of the Rooster begins on Jan. 28, the world’s luxury retailers are hoping Zhang and others are in the mood to celebrate. The slowing Chinese economy and President Xi Jinping’s anticorruption campaign depressed demand for bling in 2015-16, with total luxury consumption by Chinese falling about 4 percent worldwide in 2016, according to Bain. “Last year, the market—oh, my God,” says Alain Lam, executive director at Hong Kong-based Oriental Watch, which sells European timepieces that can command prices above HK$200,000. Net income at Oriental Watch fell HK$13.8 million in the 12 months ended in September.

Chinese gross domestic product expanded 6.8 percent in the final quarter of 2016, up from 6.7 percent in the previous quarter and the first quarterly acceleration in two years. Retail sales rose 10.9 percent in December from a year earlier, the best monthly result in 12 months. Chinese imports of Swiss watches are up after falling for seven consecutive months through July, rising 7.9 percent in November from a year earlier. Led by its best-selling Macan SUV, Porsche had a 12 percent sales increase in 2016. Tiffany on Jan. 17 reported “strong growth” in China. On Jan. 19, Luca Marotta, chief financial officer of Rémy Cointreau, said the outlook for the Chinese New Year was “very, very positive.” Xi hasn’t ended his anticorruption drive, but its chilling effect on spending is easing. “A rebound across all luxury categories is now in progress,” Bloomberg Intelligence analyst Deborah Aitken wrote on Jan. 9.

During the Lunar New Year holiday, millions of Chinese will travel and shop at home and overseas. Bookings for international air travel made in December for Chinese New Year rose 9.8 percent from the previous year, according to ForwardKeys, an analyst of tourism data. Mainland tourist arrivals in the gambling hub of Macau jumped 7.8 percent in December, the largest increase since February 2015. Chinese consumers “are still very confident,” says Amrita Banta, managing director of Agility Research & Strategy, a consulting firm focusing on the affluent.

In Macau, tourist arrivals from mainland China for the first three days of the holiday period increased 9.1 percent to 234,000 compared to Chinese New Year in 2016, the Macau Government Tourism Office reported on its website Thursday.

Yet they may not be prepared to spend as much. Rather than purchase expensive items as gifts, Chinese are buying more for personal use, says Bruno Lannes, a Bain partner in Shanghai. “When you buy for yourself, you are a bit more cautious. The mix is therefore more to entry-level, lower-priced products.”

Chow Tai Fook Jewellery Group, the world’s largest jewelry chain, last year launched the first of a line of mainland shops selling lower-priced jewelry, with average prices of 2,000 yuan ($291), about a third the prices at its flagship stores. Average prices for gem-set jewelry at the Hong Kong and Macau shops of Chow Sang Sang, a retailer based in Hong Kong, have dropped more than 14 percent since 2015, according to Bloomberg Intelligence. Instead of spending HK$200,000 for a Piaget watch in a precious metal, Oriental Watch customers can buy a stainless-steel version for HK$80,000. “People still come to buy,” Lam says, “but they are looking for more affordable items.”

The Chinese market is worth the effort, says Aidan Yao, senior economist for emerging Asia at AXA Investment Managers Asia in Hong Kong. The market “is getting out of that extraordinary period and embracing the new normal,” he says. “And the new normal is not bad. We are talking about steady, single-digit growth going forward.”