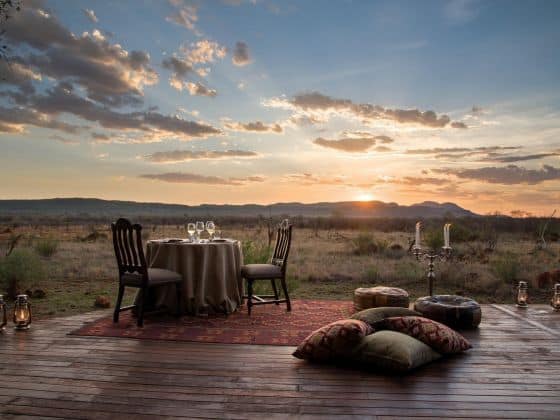 SINGAPORE — One of the largest luxury travel agencies in the world has set up shop here to meet a growing demand in Asia — and according to its founder and president, the Singapore office will double in size within the year.

Scott Dunn takes travellers to more than 100 destinations around the world and its Asian headquarters, currently staffed by six, has been based in Singapore since last October.

Why Singapore? Founder and president Andrew Dunn, who named the agency after his father and grandfather who shared the same name, said that besides a sound and friendly business infrastructure, having an office in the Singapore time zone means his customers are serviced 24/7 around the world.

The company also has an office in San Diego, California, while the global HQ is in London.

Itineraries are also customised for individuals’ specific needs and requests. The word “impossible” is unlikely to be uttered.

The company offers access within a country that goes beyond the tangible, connecting customers with plugged-in locals with similar interests. For example, a wildlife enthusiast may find himself on a hike with a world-famous naturalist, while an oenophile may get private time with an award-winning winemaker.

The cost of a five-night itinerary arranged by such agencies usually starts at S$7,000 per person. Despite the high price tags, business has been swift, which came as a surprise to Mr Dunn. “We wanted to take things easy when we first came, but the results astounded us — a 200 per cent growth in business since we opened,” he said.

Although 70 per cent of the business is currently from expatriates, Dunn is confident that locals will feed the demand soon.

“We are seeing a steady increase in the number of Singaporeans — especially families — coming to us, as we specialise in multi-generation tours,” said Dunn.

This appetite for luxury travel looks set to grow. The 2016-2017 Affluent Asian Millionaire Report by Agility Research estimated that 30 per cent of overall spending by Singapore millionaires in the past 12 months would be on travel.

Alex Malcolm, founder and managing director of Jacada Travel — which has an office in Santiago, Chile and provides exclusive local experiences in South America — said business coming from Singapore travellers is on the rise. “We are seeing 30 per cent year-on-year growth in business from Singapore, with a very high rate of returning customers,” he said.

Mr Malcolm believes it is the “offer of experiences that cannot be Googled” that attracts Singaporeans to luxury travel. He added: “The high-end Singapore traveller who seeks our services is not just a seasoned, sophisticated traveller, but one who also seeks to evolve through experiences with people or activities.

“The kind of experiences we create may be ones they haven’t even imagined possible, due to a lack of first-hand knowledge (which we have), or (they want to) challenge themselves out of their comfort zones, and to connect with local people and their culture leading to discoveries about themselves. This is the stuff that makes travel so addictive.”

One of the first bespoke luxury travel agencies to open here was local firm Country Holidays in 1994. Since then, its founder Chang Theng Hwee has expanded the business to Dubai, Beijing, Shanghai and Hong Kong.

He is unperturbed by the growing competition, and believes the pie is large enough for everyone.

“Our business has doubled every six years,” said Mr Chang, adding that he expects the market to expand further due to a growing appetite in Asia.

“With increased offerings, the Singapore traveller has become more astute in picking out experiences. With more players, more interesting products are being launched, contributing to a healthier, faster-growing market.”