While most luxury marketers keep a close eye on Chinese customers’ buying habits, brands should not let Japanese luxury consumers go unnoticed, according to a new report by Agility Research.

Despite Japanese consumers spending around $33 billion annually on luxury goods, they have recently been overshadowed by Chinese affluents, especially in light of the 2011 financial crisis. Despite marketers’ caution towards Japan, Agility notes the nation’s shoppers are responsible for 30 to 40 percent of many brands’ global profitability.

“Japan is even more important now as a big tourist destination for affluent Asians, including the affluent Chinese who shop there when they travel to Japan,” said Amrita Banta, managing director at Agility Research & Strategy. “It has in recent times been overshadowed a bit by the rapidly-growing Chinese market, but is still important for luxury brands as a domestic market as well as for the tourist demand.”

Luxury brands are encouraged to approach Japanese buyers differently than those in other luxury markets in Asia. As a whole, they tend to more highly value quality and take less stock in influencers than consumers in China or South Korea.

Brand loyalty, online shopping and social media have less of a hold on Japanese high-net-worth individuals than in other Asian countries, which has ripple effects for brands.

Less than 10 percent of total retail sales are made online, with Japanese consumers preferring the traditional department store experience. 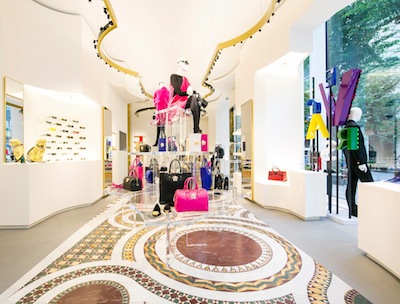 Only 11 percent of Japanese respondents admit to posting photos of luxury purchases on social media, and 10 percent have purchased a high-end item based on an influencer’s recommendation. In South Korea, a similarly developed and technologically advanced luxury market, nearly a third of respondents admitted to the aforementioned behaviors.

Perhaps because of the more tenuous attachment to social media, Japanese consumers cite that a brand being “recognizable” or used by “people [they] look up to” are the least important factors when making high-end purchases.

“I think the most surprising thing is that the Japanese are very different from Chinese shoppers, who are very influenced by social media, celebrities and KOLs,” Ms. Banta said.

Instead, Japanese affluents see luxury as a personal choice and experience.

While 71 percent of Chinese consumers may gift others luxury items, less than a third of Japanese shoppers do the same. The Japanese also rarely rely on personal shoppers or luxury advisors. 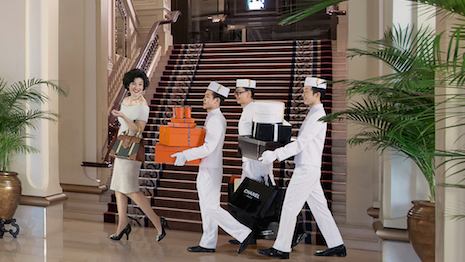 One sign that Japan is a more mature and confident luxury market is the emphasis on quality. More than half of those surveyed cited “higher quality” as the reason why they purchase luxury items.

Not only is Japan’s domestic luxury market strong, but its popularity among first-class tourists also presents a good opportunity for luxury brands.

Japan is the most popular travel destination among Asia’s millionaires. This is the result of its strong heritage, a variety of destinations across the country and the low yen (see story).

According to Agility, luxury hotels, restaurants and shopping malls in Tokyo and Osaka have especially benefitted from the influx of travelers.

Among the luxury brands investing in Japan is Italy’s Bulgari Hotels, which has announced an upcoming Tokyo hotel. The development is near tourist destinations such as the Imperial Palace. It is also within walking distance to the Ginza and Nihombashi shopping areas (see story).

As the 2020 Tokyo Olympics approach, this trend is sure to continue.

“I think luxury brands need to be very visible in the run up to the Olympics and be seen not only in Japan, but as luxury travelers plan for their trip and the path to purchase,” Ms. Banta said.