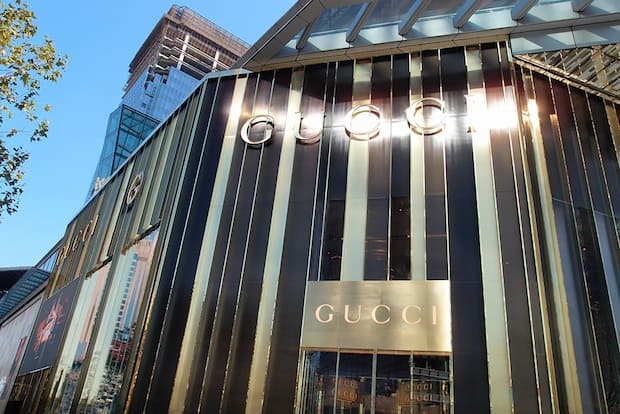 That was one of the findings of a new survey on luxury buying habits published by Singapore-based research and consulting agency Agility Research, which interviewed 3,000 U.S., Chinese, Hong Kong, and Singaporean consumers in the top 25th percentile for household income of their country’s population over the month of October 2014.

Although many brands have noticed that logo-heavy products are becoming less popular in China in comparison to more understated goods, brand recognition is still an important factor for Chinese luxury buyers. A total of 56 percent of Chinese consumers either “completely agree” or “somewhat agree” with the statement that it is important that people recognize the brand they are using, compared to only 43 percent of Americans. The percentages of Chinese and American luxury consumers who “completely agree” are similar, however, at 23 percent and 22 percent, respectively.

Chinese luxury buyers care about much more than just showing off the brand, however. In fact, the survey found that quality is a much more important factor for Chinese respondents than Americans: 49 percent of Chinese consumers surveyed said they “completely agree” that they buy luxury brands because of the higher quality they provide, a rate 10 percent higher than the percentage of U.S. respondents with that answer. Overall, 86 percent of Chinese consumers somewhat or completely agree that quality influences purchase decisions, while only 72 percent of American respondents felt the same.

The most dramatic differences in purchase decisions among the two groups are when it comes to the exclusivity and price. While “exclusivity” is a purchase driver for 86 percent of Chinese respondents (44 percent said they “completely agree” that it is), it is important for only 51 percent of U.S. consumers (26 percent said they “somewhat” agree). In contrast, Chinese luxury shoppers are far less price-conscious than their American counterparts: only 15 percent of them said that they completely agree with the statement that “it is important to get the best possible price when buying luxury brands,” compared to 47 percent of Americans.

Chinese luxury consumers are on average more tech-savvy than those in the United States, according to the results. A total of 59 percent said they purchase luxury products online, compared to 50 percent of Americans. American online shoppers tended to be more enthusiastic about using the internet to buy, however. The internet also plays an important role in research of luxury items for Chinese consumers: 81 percent head to the web to look up products, while only 65 percent of Americans do the same.

These dramatic differences in purchase habits are accompanied by differences in brand preferences as well among Chinese and American consumers. When asked about which brands they owned, Americans were more likely to list U.S. affordable luxury brands, with Coach, Ralph Lauren, and Calvin Klein taking the top three spots. Meanwhile, Chinese consumers favor more traditional international luxury brands: Chanel, Gucci, and Burberry were the top three on their most-owned list.

Chinese tastes are more international when it comes to the watches and jewelry and beauty categories as well. Top U.S. watch and jewelry brands were the local Tiffany & Co. and Guess, followed by Gucci, while Chinese consumers listed Dior, Gucci, and Chanel as their top three. French brand Dior topped the beauty list for Chinese consumers, followed by the Japanese Shiseido and SK-II, while U.S. brands Olay and Clinique topped the American list, followed by L’Oreal.